The Pokémon series turned 25 years old earlier this year, and The Pokémon Company has pulled out all the stops to celebrate the milestone anniversary. From an album featuring new music from world-famous talent like Katy Perry, J. Balvin, and Post Malone to new anniversary merchandise, the Pokémon series has been ushering in its 25th birthday with style. The Pokémon Trading Card Game joined in the festivities, announcing a special Celebrations collection that’s sure to be highly sought after. 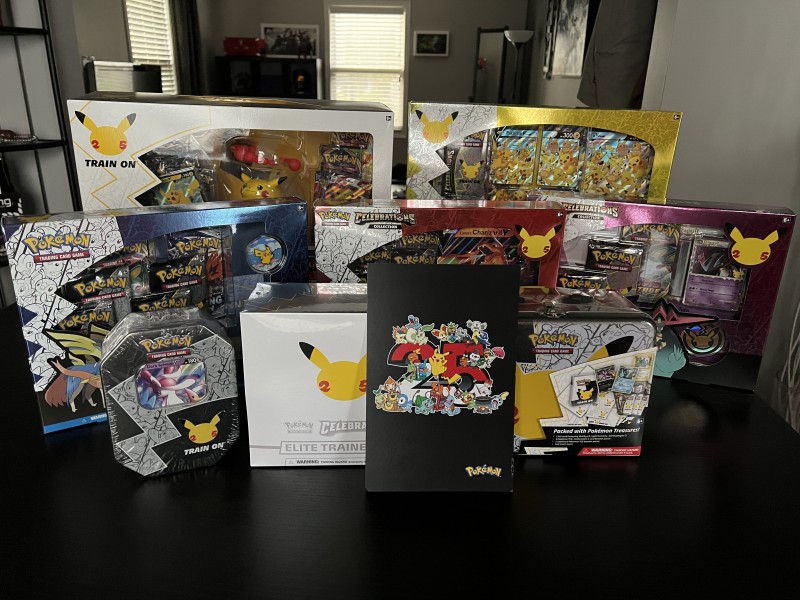 The Pokémon Company sent us a box of the Pokémon Trading Card Game Celebrations line for our typical galleries of the coolest cards we pulled from booster packs. However, since booster packs are not sold individually for this commemorative expansion, the company sent over a sampling of the ways people can purchase the bundle-only booster packs.

The gallery below shows some photos of unboxing the bundles.

The cards in the Celebrations packs are largely reprints and remakes of popular cards from classic Pokémon TCG expansions, but with a special anniversary logo and holographic upgrades. The list included the Charizard original, which I found exciting, however, it was not something I could pull off. However, I found Gen 1 cards to be the most common. You should also keep in mind that this expansion has a low card count, so if you open many packs you will likely receive tons of duplicates.

Below are some cards that I love from Celebrations.