Just when Xbox Game Pass subscribers thought their plates were full with Scarlet Nexus and Marvel’s Avengers joining the library last week, Microsoft has rolled out the next slate of games hitting the service in October. Here’s what’s coming and what’s leaving this month.

Back 4 Blood will launch the service on the 12th of October, which was already known to us. What we didn’t know was that Halloween fans would get another spooky adventure in Visage. This unnerving horror title, which we scored an 8.75 out of 10, launched almost a year ago and drops players into a haunted house plagued with… actually, we won’t spoil it. You’ll just have to brave its terrors yourself.

Today subscribers have the opportunity to check out Totally Accurate Battle Simulator. It is now available on Xbox Game Preview. The service will be bolstered throughout the month with Destiny 2’s Beyond Light expansion, the Monty Python-esque The Procession to Calvary, Swery’s wacky detective game The Good Life, roguelite card battler Ring of Pain, and base-building RPG The Riftbreaker. 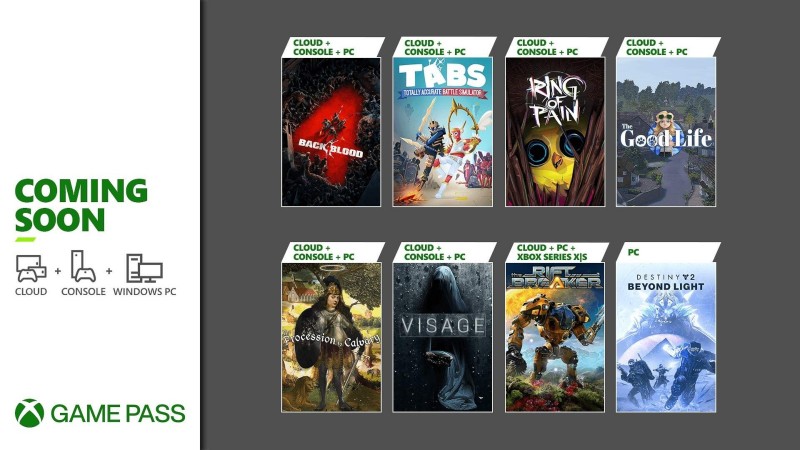