We are all happy to share the news of our final and second expansion with you at inXile Wasteland 3, Cult of the Holy DetonationThe incredible Colorado CollectionPackage

Cult of the Holy Detonation

Deep within the Cheyenne Mountain military complex, mutant cults worship an ancient deity they call the Holy Detonation—a nuclear explosion held in stasis. Whether god, science experiment, or accidental miracle, the Detonation’s energy could power Colorado Springs for hundreds of years, or level it in an instant. The warring cults have differing opinions on who should be allowed to honor their god, and you’re going to have to muscle your way to the altar.

Cult of the Holy Detonation expands the Wasteland 3 experience with entry into the Cheyenne Mountain complex, crammed with new characters, enemies, challenging combat encounters, and powerful new weapons and armor. Your squad of Rangers will be tested like never before in objective-based encounters that put a creative spin on the already deeply tactical turn-based combat. As they face overwhelming odds, the Rangers will need to shut down reactors, clear ventilation systems, and engage defensive countermeasures to stem an unending tide of dangerous mutants and machines within the dilapidated military bunker.

A new bundle — the Colorado Collection — which includes Wasteland 3, The Battle of Steeltown, and Cult of the Holy Detonation expansions, as well as the Colorado Survival Gear bonus items, is also available for one low price, and is the perfect entry into the entire Wasteland 3 experience.

Cult of the Holy Detonation is now available on Xbox One (playable on Xbox Series X|S via Backward Compatibility) and on PC for Windows 10 and Steam for $6.99, and as a part of the Colorado Collection which includes the base game, both expansions, and bonus gear, all for $49.99. The Colorado Collection also has a limited-time launch discount of 30% off — an incredible deal and great time to jump into the critically acclaimed Wasteland 3 experience. Xbox Game Pass members who want to purchase Cult of the Holy Detonation save 10%.

Be sure to stop by inXile-entertainment.com to keep up on the news, and of course we invite you to follow along on Twitter at @inXile.

Thank you to everyone who has played and supported us on the Wasteland 3 journey. While the Ranger’s story in Wasteland 3 concludes with this expansion, we’re very much looking forward to sharing what’s next for inXile entertainment in the future.

In the meantime, we’ll see you in Colorado. 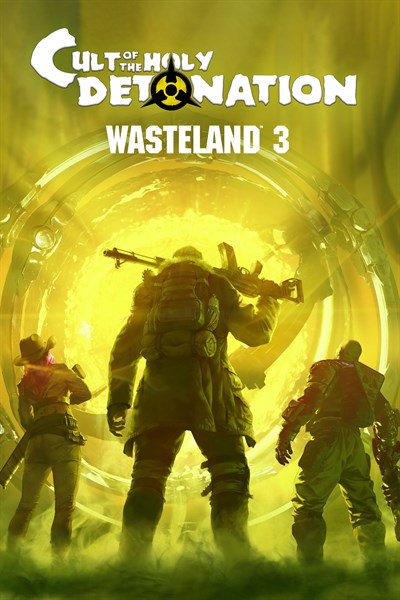 Wasteland 3: Cult of the Holy Detonation

Deep within the Cheyenne Mountain military complex, mutant cults worship an ancient deity they call the Holy Detonation—a nuclear explosion held in stasis. It doesn’t matter if it is god, science experiment, accident miracle or not, Colorado Springs could be powered for many hundreds of years by the Detonation. Or, it could level it all in a flash. The warring cults have differing opinions on who should be allowed to honor their god, and you’re going to have to muscle your way to the altar. It’s one last mission for the Rangers in Colorado, and the outcome is certain to be explosive—one way or the other.
Cult of the Holy DetonationThe expansion of the Wasteland 3Cheyenne Mountain Complex is bursting with enemies and characters as well new weapons, armor, and weapons. In objective-based encounters, your squad of Rangers will experience a new type of tactical turn-based combat that puts a fresh spin on an already highly tactical game. The Rangers will face tough challenges and must stop reactors from exploding, ventilate the area, and take defensive measures to stem the tide of mutants and other dangerous machines that have flooded the military bunker. 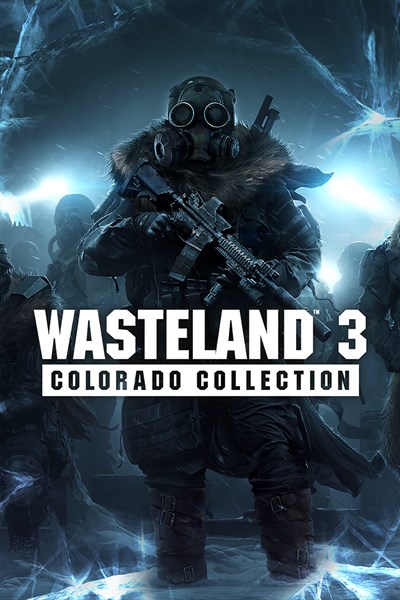 The entire Wasteland 3 experience in one colossal collection. In addition to the award-winning tactical RPG Wasteland 3 the Colorado Collection includes both Battle of Steeltown and Cult of the Holy Detonation expansions, as well as the Colorado Survival Gear bonus items.
The Colorado Collection includes:
• Wasteland 3
o The award-winning sequel in the Wasteland franchise brings the Desert Rangers to the frozen wastes of Colorado to deal with gangs, cultsAnd psychopathic clowns in an effort to bring stability to one more frontier of the wastes.
• The Battle of Steeltown
o The manufacturing complex of Steeltown has ground to a halt, stopping deliveries of machines and robots needed for Colorado’s war efforts. It’s up to the Rangers to get the gears turning again, by any means necessary.
• Cult of the Holy Detonation
o Venture into the Cheyenne Mountain complex to take possession of a power source that could make Colorado Springs into an electrified utopia, or a smoking crater It’s up to the Rangers how they’ll handle this radioactive situation.&#13.;
• Colorado Survival Gear
o Start your adventures with a snow-themed set of bonus gear that’ll make your arrival in Colorado a tad smoother.

Enter the Elden Ring Colosseums and Battle for Glory

Enter the Elden Ring Colosseums and Battle for Glory