PlayStation Plus subscribers receive a selection of games free of charge every month. The PS5 has had one game dedicated since the release of its new console. This trend will continue into October.

October’s selection of free PlayStation Plus games brings an eclectic trio of titles to owners of PlayStation consoles. These games cover a variety of gaming genres including shooting games to fighting and sports games. 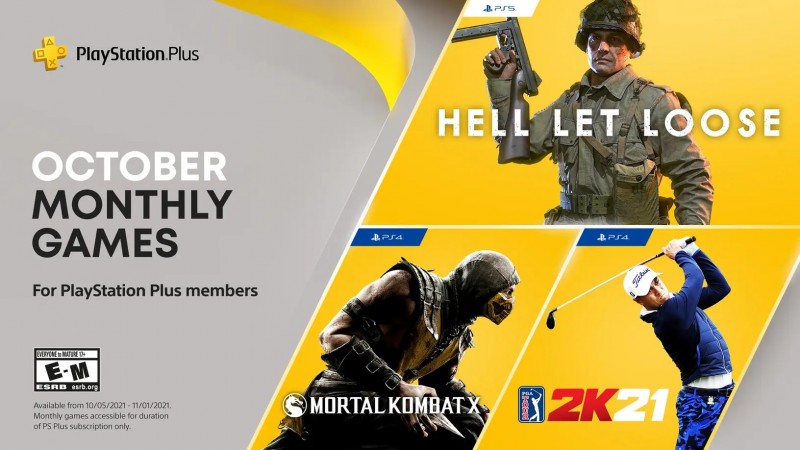 The month’s freebies will be dominated by the World War II strategy/shooter game Hell Let Loose. This PlayStation Plus promotion will see Hell Let Loose make its PlayStation 5 debut. Those looking to pick up a golf game following this past weekend’s Ryder Cup event can look no further: PGA Tour 2K21 is the first of two PS4 games slated for October’s PS+. Rounding out the list is one of my favorite fighting games from the previous generation: Mortal Kombat X. If you haven’t played this over-the-top, violent fighter yet, you have one of the best story modes in fighting games awaiting you. You’ll also find some intense, bloody action right in time for Halloween!

On October 5, these new PlayStation Plus games are available to download and add to your PlayStation collection. That means you only have a few days to grab the currently available September titles– Overcooked: All You Can Eat, Hitman 2, and Predator Hunting Grounds– which will rotate out when the new games roll in on Tuesday.

What do you think about the lineup of October’s PS+ offerings? Do you think they are a trick, or an added bonus for your gaming library? Let us know your thoughts in the comments section!